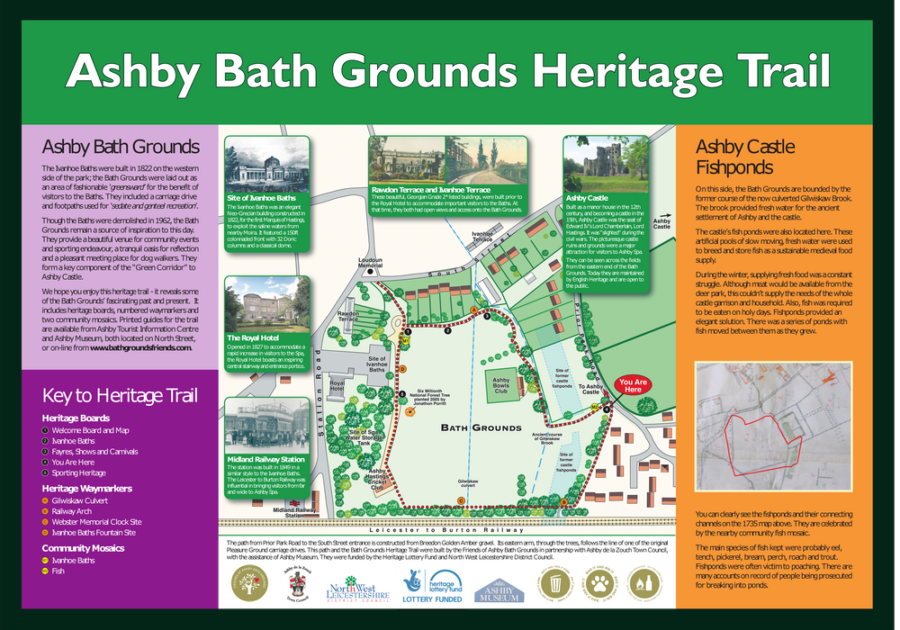 The Bath Grounds Heritage Trail comprises a series of heritage interpretation boards, numbered waymarkers and community created mosaics installed on a circular route around the Grounds

You can download the Heritage Trail Guide and print it out at home. It includes a map of the Trail, gives a taster of the information on the interpretation boards and provides useful information on how to find the Bath Grounds, the Friends of Ashby Bath Grounds and this Heritage Lottery Funded Project.

Ashby’s historic Bath Grounds is an area of parkland close to the town centre. Situated between the Grade 2 listed Royal Hotel and Ashby Castle, they are an ideal spot for a stroll or picnic.

Formally laid out for the benefit of visitors to the Ivanhoe Baths between the Royal Hotel and Rawdon Terrace, the Bath Grounds have been enjoyed by both residents and visitors alike for more than 200 years.

They included a carriage drive and footpaths for ‘sedate and genteel recreation’. 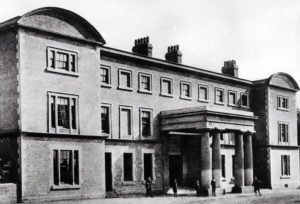 The Giliwiskaw Brook (now culverted), which provided fresh water to the settlement of Ashby and its castle, ran through the Bath Grounds.

It was also a source of water to castle fish ponds within the grounds.

The ponds were used to breed fish as a sustainable medieval food supply. 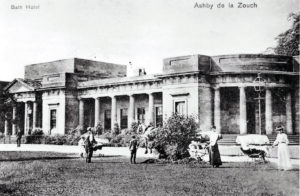 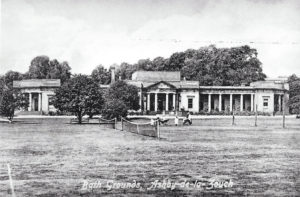 Between 1800 – 1917 following the discovery of a saline spring at Moira’s ‘Bath Pit’ a couple of miles from Ashby, the Rawdon Hastings family established a small scale baths in Moira.

In 1818 – 1819, the lack of inns and lodgings in Moira together with the proximity of mine shaft led to the decision to transfer the brine waters to Ashby de la Zouch.

In 1822 funding by the town and Francis Rawdon Hastings Esq allowed the building of the Ivanhoe baths. The Baths designed by the architect Robert Chaplin were built for the princely sum of £16,000.
Originally transported by canal and later by rail to the new Ivanhoe Baths, the mineral water was stored in an underground brick Reservoir cable of filling 2000 baths.

In Ashby you could ‘take the waters’ as a medicinal drink or ’be totally immersed in water or sponged in the problem area.’

Application of the water was either ‘as a flow, in the steam bath, through a tube directing it to a particular spot on the bather’s person’ or ‘as rain, in the shower bath, where its activity is thrilling and diffusive over the head and shoulders.’

Ashby failed to gain the fashionable status needed to succeed as a spa town and the baths closed in the 1870s due to a lack of patronage. The end came in 1962 when the beautiful neoclassical building was finally demolished.

(A full history can be seen on the Club’s website)

1905 Club was affiliated to the English Bowling Association

1927 Club moved to Hood Park, adjacent to Ashby Ladies Bowls Club, but it had to be open for use by the general public which caused problems on match days.

1934 Club moved back to the Bath Grounds

2014 125th Anniversary. Ashby Mayor and Town Clerk attended opening of the green for the new season